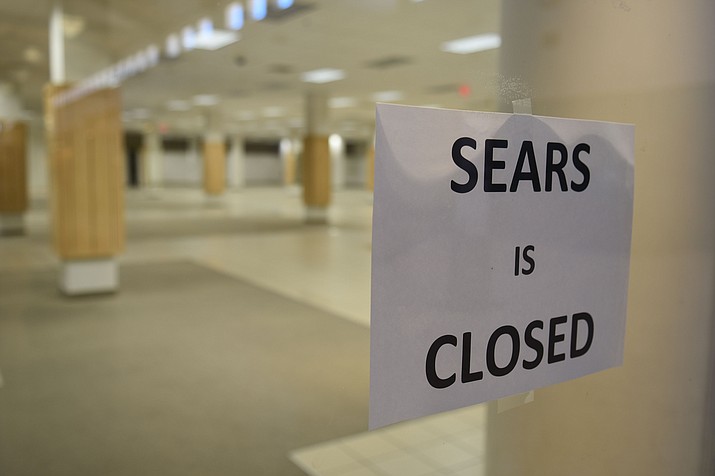 Even before Covid-19, retail sales at brick-and-mortar stores had been changing. The marked decline was due in large part to the industry-changing increase in online shopping. But Covid-19 has accelerated the rate of closures of traditional in-store shopping companies. Department stores are closing – some we may know and love, that have been anchor businesses for malls and communities. Chris Isidore of CNN Business details the slow death of Sears and Roebuck (https://tulsaworld.com/news/national/sears-makes-it-through-holidays-but-is-dying-a-slow-death-experts-say/article_108e40a8-4b2d-53e9-84a5-f607dd0dddfc.html), but I think there is a lot to learn here about other industries – like denominational US American Christianity.

Sears is actually dying more slowly than their competition, not because they have managed online shopping better or because they are navigating in-person pandemic protocols more effectively. They are staying alive on their innovation from a generation ago.

In their heyday, Sears developed top-of-the-line and state-of-the-art products and companies.  They became the go-to for everything from tires to tools to dishwashers. Whirlpool, Craftsman, Black and Decker, Kenmore, DieHard batteries – all were started by Sears. These were some of the best in their industry at their time. Today, Sears is being sustained by selling off those companies. They also have a lot of property. Isidore writes, “Sears is biding its time until the market is more conducive.” They will wait to close more stores until property values increase and they can receive a better return on properties.

At some point, Sears stopped innovating and creating. This moved them into ‘maintenance mode.’  When culture shifted, they didn’t keep up, opting instead to die slower on the strength of their past successes.

This story sounds very familiar because I am involved with denominational US Christianity.  Generations ago, denominational Christianity innovated. We started schools, hospitals, NGOs, and became cultural centers through human service. We also profited from these risks.  Denominations grew in influence and membership, and many stocked away millions of dollars.

However, like department stores, culture has changed and much of denominational Christianity has rested on past successes for survival.  In my work with the Greater Northwest Area of the United Methodist Church, we have church congregations with multimillion-dollar properties and million-dollar endowments, but less than 20 people in attendance on a Sunday morning.  These congregations may survive longer than some who don’t have those assets, but are on the same path to church closure.

Innovation from a generation ago can only slow down, not stop, the process of closure and dissolution. Eventually, there will be nothing left on which to draw. The United Methodist Church has billions in assets from a generation ago. These assets are fruit dying on the vine because of the inability to risk again. Success breeds entitlement, entitlement breeds control, control breeds stagnation, and stagnation breeds death.

Success in the new ministry context cannot be defined by dying more slowly than smaller, less financially solvent, churches and denominations. At one point the United Methodists were the second largest US American denomination behind the Southern Baptists. We ordained women, created an itinerant system so pastors could not get discriminated against, followed John Wesley’s radical path and ordained lay pastors, etc.

But by the 1960’s when civil rights changed culture, the UMC entered ‘maintenance mode’. It did not innovate around inclusion, race, and culture. Now it feels like we are ‘waiting for the market to become more conducive’, so we can maximize our slow death. Lack of risk and innovation has brought about a church that is 94% white, gotten caught in culture wars, and seen now two generations reject its prophetic place in the world.

Innovation happens at the intersection of difference. The UMC can still leverage their successes of past generations for a future. Our area of the country has many BIPOC leaders available to build faith community if they receive freedom and resources. Practices like ordination, once forward-thinking, can be again if we can simplify and create new metrics for valuing young and BIPOC ministers. Innovation can happen in church and neighborhood partnerships that have been so successful in other cultural contexts like the Black church. Releasing the hold on worship to make a truly multicultural expression can make the church inviting again. These are but a few of the paths forward in a market that is not only conducive, but ready to engage.