By: Leroy Barber and Jess Bielman 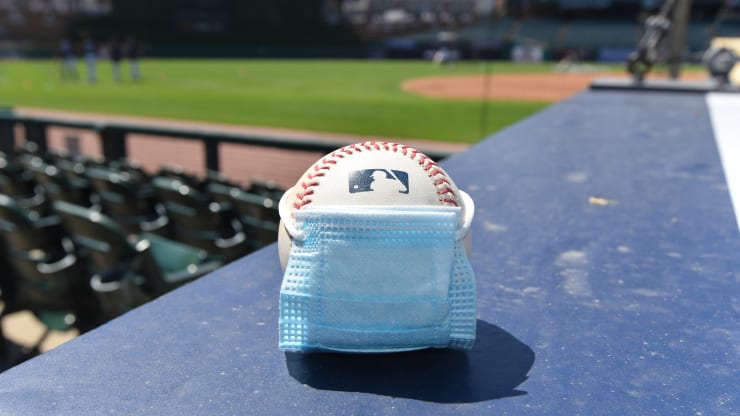 Baseball has never been more of America’s pastime than right now. Not because it provides entertainment value in a time that needs it. Not because the intrigue of a game can transcend any moment.  Not because is it pulling the US together like post-9/11.

Baseball has never been more of America’s pastime than right now because it is failing the test of COVID-19 for the exact same reasons the US is. Don’t believe the US is failing the COVID-19 test?  The US will not be going back to school in the fall because of failure to contain the virus.  By comparison, the greater Toronto area has 6 million people and just three new COVID-19 cases on the day I pen this blog. The NBA and MLS have managed to keep cases at a minimum by employing the ‘bubble’ technique to quarantine the sport, and have had successful and meaningful games. The MLB, however, has had to shut down entire teams due to COVID-19 positive tests on more than a dozen players.

The first reason for this collective failure? The myth of exceptionalism. Reports have come out that MLB players on subsequently infected teams have not taken the virus seriously, broken protocols, and put themselves, others, and the sport in harm’s way. There is something uniquely US American about discarding the good of the whole when there is an inconvenience to the individual. The personal and collective exceptionalism believes, though it is often not expressly stated, that the consequences that normally befall others for this behavior will not befall me because I am unique, better, stronger, or more morally deserving.

The MLB is structured for unchecked power. It is the only major sport without an independent commissioner. The Commissioner’s Office was effectively abolished in 1992, and the owners elected one of their own to run the sport. This upset the balance of power, gave more authority to the wealthiest of its constituents, and eliminated the arbitrating force between labor and those who profit most from the labor. In cases like this, labor often bears the greatest risk in being on the front lines during an emergency moment.

The other side to this coin is a powerful union. The MLB has the largest high-end player salaries, creating a small but elite class of players. Some contracts span into the $300 million range and can last 10 years. I will never fault a person for getting paid what someone is willing to pay them. However, this type of class divide has contributed to the failure. MLB organizations laid off hourly employees, cut their lowest paid players (minor leaguers), and have cried foul that they cannot be sustainable under the threat of missing a season.

The MLB is the whitest of the major sports. Black children in urban areas struggle to engage the sport as programs like RBI (Reviving Baseball in Inner Cities) try to help make the sport more accessible. This mirrors the lack of access black people have had historically to systems in the US. All major sports have majority-white ownership, league officials, management staff, and coaching staff. The NFL and NBA have majority black players.  MLB is a white-serving institution with white people and cultural values more prevalent than the other major sports. This breeds the sense of exceptionalism, privilege, and individualism that is hurting the sport.

The MLB should be able to make it work if any sport can. They have the most physical distance on the field of play, and they have deep rosters of players that can make a quality product if one or two guys get ill. However, it cannot get out of its own way to benefit from the success that is possible. So we watch as at least three games a night are postponed, we haven’t heard of any substantive plans to address the issues, and management is blaming players. We have heard this all before as white systems start failing.